Most shooting game players must be familiar about the “Desert Eagle“. Finally this star pistol also landed in the PUBG. Unlike other shooting games, the Desert Eagle in the PUBG uses a retro copper color, making the whole gun looks “unusual.” It has a huge firepower under its embarrassing shape and is a world-famous hunting pistol. 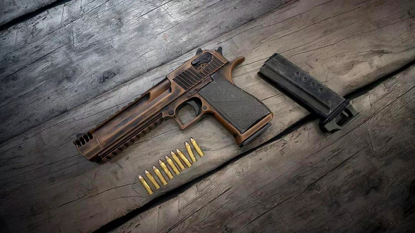 The Desert Eagle, produced in Israel. It has been enthusiastically sought after by collectors and firearms enthusiasts since its inception. Many people know that the Desert Eagle is a product of the Israeli Military Industry Corporation (IMI). It was actually developed by Magnum Research Inc. of Minneapolis, USA. 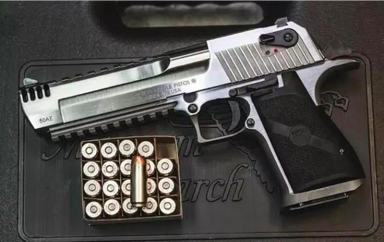 In 1992, due to restrictions imposed on imported guns by the US government. The Desert Eagle sold to the United States produced parts from IMI and was shipped to the United States for assembly and final processing by Magnum. This continues to be sold in the US market in the form of “Made in USA.”

In the PUBG game, the Desert Eagle also has amazing power, can knock down the enemy in the middle and close combat, which is unmatched by the rest of the game!

Due to the huge recoil of the firearms, the vertical spacing and lateral offset of each subsequent bullet are very large, and the precision of continuous shooting is poor. Compared to continuous shooting, aiming at the head of a fixed target at a medium distance for single-shot shooting can give full play to the explosion output performance of the Desert Eagle. 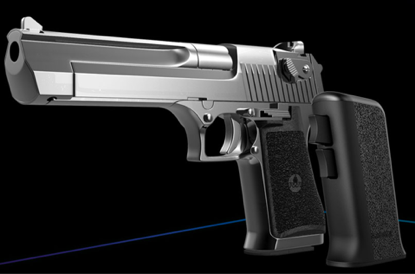 Now, there is a mouse,RAGNOK, born for FPS. The inspiration is from the desert eagle. The Ragnok gaming mouse is designed to separate the barrel and the gun, the whole mouse looks like a Gun-Grip. So you can hold it like a real gun feeling.

RAGONK gaming mouse is based on the eagle’s gun handle. It is modified one by one. The 88-degree forward tilting vertical mouse can stand on the plane without falling down. It is more ergonomic and easier to master than the real gun desert eagle. Suitable for all types of hands. 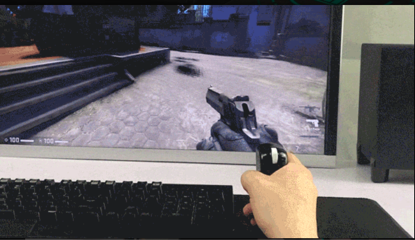 The mouse built-in button innovatively uses the Mechanical red axes switches  so that the mouse button can be used to pull the trigger, which can quickly respond to the game command and experience the feeling of shooting, from the inside to out of the game. Owing the world by have the Desert Eagle is in hand.

Ragnok Mousegun – Born for FPS Gamers, Built for Warriors! One of the Top Leading Manufacturers for Vertical Wireless Mouse.